We Expect Better From You When You're a Leader!

What does internet marketer Ryan Deiss and the Prime Minster of Australia have in common? Avoid making this mistake that will damage your reputation and your career 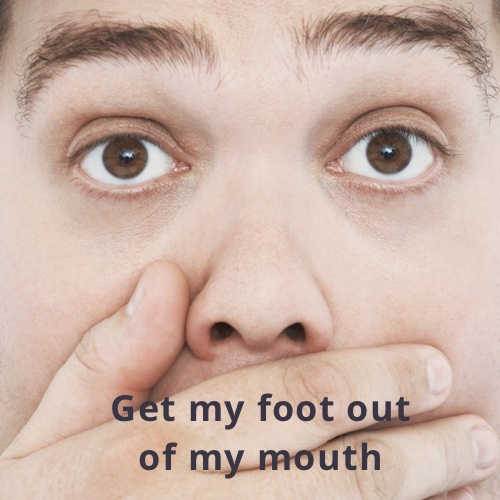 When you step into a leadership role, you must recognize that people are going to expect more of you. Your standards need to be high, as people  watch you.

Some will learn from you what to do (you're a message - an inspirational leader).

Some will learn from you what not to do (you're a warning - a toxic leader).

Back in 2017 an Australian politician and an internet marketer got me hitting the keyboards furiously! Their story can be a warning so you avoid these foot-in-mouth screw-ups, and they don't negatively impact your career.

A few days ago, I responded to a Facebook post of a video of the Prime Minister of Australia, Malcolm Turnbull, attacking the leader of the opposition party. Nothing new in politics right?!

In my post, I made two points about the above video, that profoundly concern me about our society.

Firstly, bullying is endemic in our schools. If these are our role models, no wonder! We see the people governing our country vilifying and carrying out personal attacks. With a jeering mob standing behind. And Shorten (the person being attacked) sits there with his supporters, having to take it on the chin. In fact, his 'mates' are almost ignoring the blistering attack.

Secondly, rather than attacking each other, shouldn't they be trying to improve our country? It would be a far wiser use of time and energy.

This video could have just as easily been any politician. They are all guilty of this poor behavior. The recent US election showed many examples of both Trump and Clinton doing this. With Trump being the grand master at focusing on the individual, not the issue.

But it's not just our politicians.
Even the best of leaders get it wrong at times!

What prompted today's article, is another Facebook post I saw this morning. It involves an Internet Marketer that I've respected for years. Ryan Deiss, responded to a comment on his Facebook page, about another person with the word "Douche". (See the post here)

To Ryan's credit, he quickly readdressed and said he was out of line. He took ownership by noting he should have commented on the issue, not the individual. 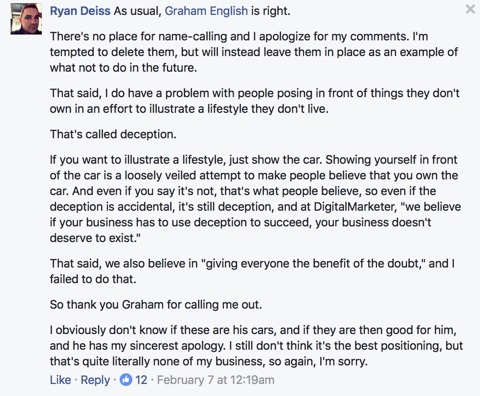 As a side note, I was mighty relieved to see Ryan take ownership of his gaff. I have deep respect for him as a businessman and a leader.

One of the things I like about Ryan is he positions himself as a professional businessman. His brand is not that of a hippy-dippy, 30 something, in board-shorts who 'happened' to make a gazillion dollars on the internet. Those types of internet marketers would have readily included douche in their content, without a backward glance. So this was clearly Ryan having a moment of indiscretion.

Personal attacks are on the rise

The point is personal attacks are on the rise. And, we need to call out the leaders in our communities on their behaviors. No matter whether they are in politics, running a business or an influencer in a community. We should expect higher standards.

It doesn't matter who is attacking who. This type of conduct does not move any agenda forward. It is not the type of behavior that you would see in high-performance workplaces.

Vitriol and personality attacking turn attention away from working together and building a better future.

High-performance leaders and organizations know and live this whole-heartedly

Regardless of whether it is a country, an organization, or a team (sporting or business), people who are in leadership positions must learn early in their career ... attack the issue, not the person.

The minute you start labeling someone - he's rude, she's a nutbag, she's lazy, he's a douche etc - you've hit problems because you're not moving things forward.

You can set higher standards by using this process

You need to take a moment (I call it the Moment of Choice) and ask yourself before you hit send or open your mouth:

The initial post was about a guy standing in front of an expensive car, inviting people to learn how to build their business. The comment, by a member of Ryan's closed group, was, "Am I the only one who thinks that posing in front of some expensive car/house does NOT increase your credibility but rather diminish it?" 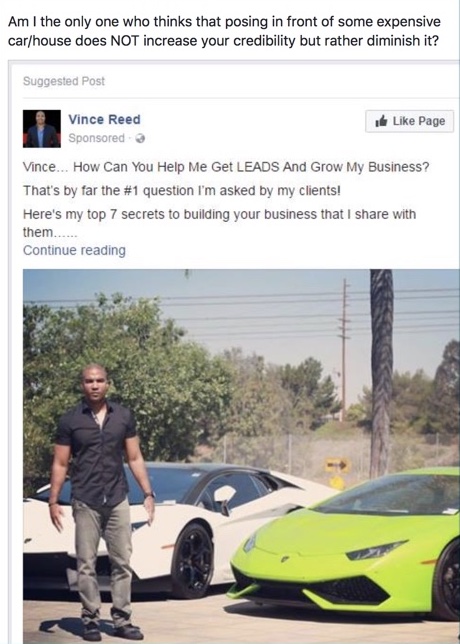 Ryan fires off "Douche Canoe (in a Disney kinda way)" (BTW - I had to look up what the canoe bit meant ~ thanks goodness for urban dictionary!)

Now, that comment shocked me. It just doesn't fit with Ryan's branding of himself and his organization. Who knows what was going on in his world when he fired that off. Maybe he was caught in a moment relaxing. Perhaps he'd had a couple of beers and wasn't thinking straight. Maybe his kids were playing up, and he was blowing steam. Who knows?

Important to note. You're never going to be perfect.

A single unguarded moment can damage your reputation, damage your brand, in the minds of the people you are trying to influence and inspire.

Using this skill of 'Moment of Choice' is critical to your success.

If Ryan had paused a moment before he hit the send key and asked himself the questions I mentioned above, he might have avoided having to apologize. He may have avoided any tarnish on his brand.

So here's how this might have played out with a few seconds of thinking.

Why does what he or she did or said upset me? I'm sick to death of seeing people use skanky marketing tactics. It damages the reputation of all the professional internet-marketers, like myself, who are trying to effect a positive change.

What do I want for the relationship? I want my audience to see that I am a thought leader. To know that I am someone they can trust to provide good guidance. No matter whether it is marketing or other topics. I want them to feel that I'm well considered and thoughtful. They can rely on me to show them the way.

What do I want for my personal growth? I want to be articulate, supportive, and inspiring whenever I post.

Can you see in a few seconds, Ryan could have brought himself around to a completely different way to react to the post - no matter how frazzled he was. He could have even started off with ...

"My first thought was Douche Canoe ... but that is little of me, and I'm working on being a better person than that. I want to inspire you guys to do the same. So, when I got my brain back into thinking mode and thinking about what I wanted to inspire you with, here's what I came up with......"

And, with that mindset, he'd likely have been able to turn it into a post that provided growth for the individual who posted initially and his entire audience. And most likely been able to weave in the benefits of a predictable selling system ... without being salesy!

It's a simple tactic that works. If you want to go more in-depth in your ability to apply these skills so that you create relationships that are inspiring and remarkable ... rather than conflicted and frustrating, then download the ebook "Successful Feedback".

PS: Ryan if you ever get to read this ... I love your work! And look forward to learning more from you :)

Taking the moment of choice, and focusing on the issue not on the person, is how you affect positive change in our world. How you be the type of leader who makes a meaningful, positive and lasting dent in the universe. 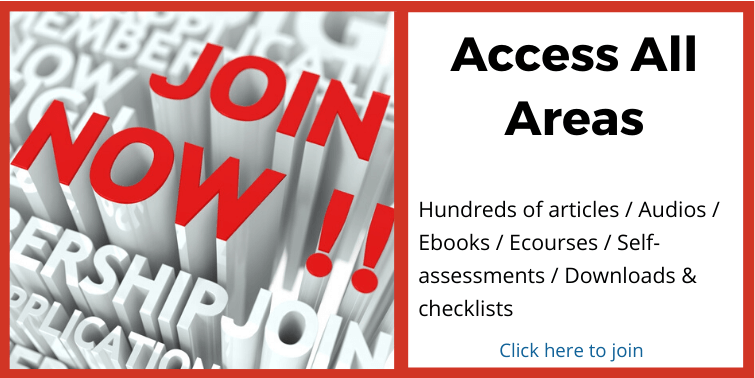