A Cheat Sheet to Take Your Team to Self-Managing

Using the stages of team development will help you take a team from being 'told what to do', to being empowered. Using this model you'll know the types of behaviors to expect and to use

Using the stages of team development helps you guide your team from being 'told what to do', to being empowered and self-reliant (Often known as self-managing - I prefer the term self-reliant as it is more descriptive - most businesses don't want their teams to be self-managing).

Something to keep in mind: You will need more than just this tool to create an empowered high-performance team ... but it does provide a framework and guidelines to help you get there.

These four Stages of Team Development help you clearly:

As you read through the behavioral description, for each of the four stages, you will be able to tell the difference between each stage by:

Note that this model indicates the team develops in a linear direction. In reality, this does not happen. Teams keep moving back and forth between the various stages, and can also be at a higher stage of development in some functional areas than others. For example, a team could be at Stage 4 for Recording and Monitoring Productivity Targets, but at Stage 2 for Providing Personal Feedback to each other.

The Stages of Team Development Model helps you in these four key areas:

You Must Have Senior Leadership's Complete Support

Never embark on this process without getting the approval and commitment of your senior leadership team. You need their long-term commitment to be successful.

When things go wrong, and progress isn't as swift as you might like in some areas - and it is bound to happen - your senior leadership must be in it for the long-haul. And this only happens when they have an understanding of the big picture and the long-term benefits that are going to be delivered to the business, even as you circumnavigate hiccups and short-term failures.

If you want to create cynicism in the workplace, the best way to do it is to start a process like this, and then have the pin pulled on you because results aren't happening fast. This is a long-term process - not a short-term fix (even though, often there are terrific short-term wins!).

Contact us if you would like advice and strategies on how to kick-start conversations, with members in the senior leadership team, so that you gain commitment.

Overview of the Four Stages of Team Development

Below is a general overview, of each of the stages of team development, that team members' pass through to becoming an empowered, self-reliant team.

You can access the matrix (shown in the image immediately below) that describes in specific detail the behaviors of the team, the team leader, and the results that can be expected at each stage of the team building program.

When you download the matrix, it will give you an obvious tool to help you understand the specific behaviors you want the team to use to progress through to self-empowerment.

Stage One - Start-up - (The Directive Leader) 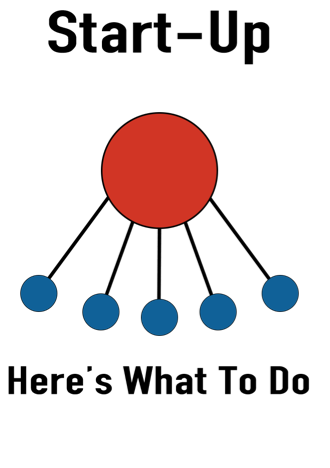 Using the autocratic style of telling people what to do certainly does get things done. However, this style of leadership is found to be not so effective in building a high-performance team.

Understand this about the Directive style: the team will produce according to the standards but will not perform beyond ... people just do things mechanically because they are told to do so, but they do not give their best.

Certainly, when a team is just being formed, particularly while the members have minimal business, technical and social competence, it is appropriate that the team leader starts with a directive/telling style: telling team members what is expected of them and what they are supposed to do.

In this stage, the communication is mostly downward, with almost no upward.

The Trap for Most Organizations is that They Don't Move Beyond this Stage, Consequently Trapping Themselves in Poor Performance

If you stay at Stage One for an extended period, it becomes an environment of compliance ... where people give you time because that's what they are being paid for, but they don't engage their heart, soul, and energy in the team or task.

They abide by the rules in order to evade 'punishment'.

A statement that you could frequently hear is "This is not my job". They stick to doing things that they are asked to do, and not a piece of work more than that.

It is a style of management that breeds frustration and resentment. People become fed up when they do not have the freedom to do things in the way they believe can make it more efficient and productive and make the best use of their talents and skills.

97% of people who come to work want to do the right thing and indeed, given the opportunity normally make decisions that benefit the business.

In both Stages One and Two (of team development), effectively we are creating systems and procedures, to control the poor actions of the 3%, and thereby punishing the 97%. Doesn't make sense, does it?

This Stage Is Frustrating for Leaders Too!

As frustrating as it is for team members, for anyone who wants to be a high-performance leader, this type of environment is fairly soul-destroying too. In this kind of a setting, the leader of the team makes all the important decisions, and consequently, he or she mostly finds him or herself fighting fires and managing crises.

The team leaders find themselves more or less similar to the rabbit in the book 'Alice in Wonderland', always rushing and on the move... but not accomplishing anything. There is certainly very little time for the team leader to focus on the long-term future of the business. 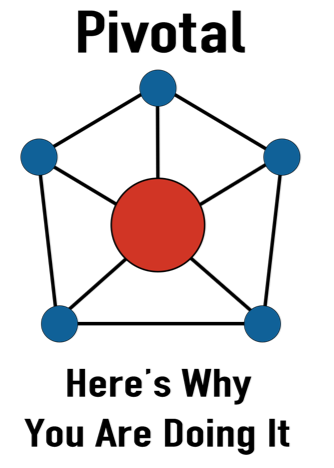 In this stage, the leader gives more freedom and responsibility to the team members, encouraging two-way communication by seeking their suggestions and inputs, and involving them in the goal-setting.

In Stage Two, the members of the team have more influence on how the work gets done and, as a result, begin to feel more responsibility and enjoyment for the work they are doing.

The Leader Asks for Input but Still Makes the Decision

The Team Leader still holds the decision-making power (or managers' higher up do) on anything that costs money, affects any policies or requires any significant change. The team leader listens to team member suggestions, and complaints and often (but not always) uses the team input in his/her decision-making.

Team members are more active, in the sense that they are actively involved in the learning process and in turn contribute more to the team and the work assigned to them. The team is given some training in problem-solving, process improvement, meeting skills and also interpersonal communication skills.

This is one of the exciting, but also challenging stages of team development because as you begin to empower, you provide much greater opportunity for upward and horizontal communication, which can provide some brilliant breakthroughs and also some challenging moments!

Often when asked, if they could change only one behavior in their boss, people reply they would ask for a boss who would ask more and tell less!

In Stage 2 team members continue to produce (do what they are told) but they also begin to perform (do more than they have to). This stage is one of the most pivotal of all the stages of team development and the most frustrating.

Like teenagers, sometimes team members want more authority and freedom than they are necessarily ready for, or the leadership team is necessarily ready, (mentally and emotionally), to pass over.

Often organizations stop here, but there is a whole other world beyond that ... Stage Three 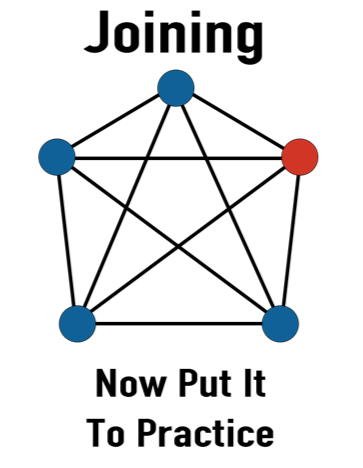 In this stage, the leader of the team takes more of a rear seat and plays the role of a coordinator.

Team members are focused towards their goals and are busy handling the daily tasks.

People are more committed to what they are doing.

They are giving both their time and their energy.

At this stage, the team members and the team leader MUST continually work on developing their capabilities. All true empowerment is based on increasing personal, and team capability, ableness, capacity - call it what you will, because now it's the time to excel ... in the final stage which is self-reliance... 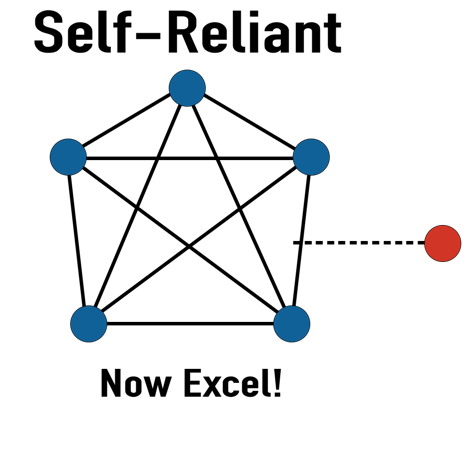 In this stage, the leader of the team works primarily outside the team. (I often jokingly tell my clients, at this stage, they are off at the beach drinking pina coladas!)

The members of the team are capable of handling the day-to-day and mid-range tasks as well as any complex problems or situations on their own. The team hits their goals and targets constantly, and is always on the watch out for continuous improvement opportunities.

To Get a Team to This Stage, You Have Lived, Loved and Led Remarkably!

In this stage, we find that almost all the members put their head, heart, and hands into their work.

This is the ultimate result or stage that any team leader would want his or her team to achieve.

As a leader, the knowledge that you have made a significant contribution to the positive development of the team members, and have had a direct impact on improved business results, along with improved personal capability will result in an immense feeling of satisfaction.

The Next Step - Team Pillars The Tools to Transform Your Team

While the general descriptions of team behaviors (described above) are valuable on their own, their very generic nature doesn't provide enough information for you to develop capability in specific functions.

So, we need to take it to the next level.

You can create descriptions for any function that is important to your business' operations.

I call these descriptions Team Pillars. I've used the term pillars because the dictionary describes a pillar as something that supports a superstructure.

That is exactly what these Team Pillars do.

They are the support you need to create the superstructure of a self-reliant, empowered, team-based, high-performance organization.

Brace yourself, as in this next article you are going to get the tools you need to assess team member performance against specific functions like Safety, Giving Performance Feedback, Managing Team Performance, Team Pillars