Mindsets to Master for Positive Leadership

Key Point: You can provide a positive leadership experience when you take the time to be interested

When People are Talking About You, What do You Want Them to be Saying?

People talk and share their experience of living with and about others. It's an innate part of the human experience. Which means you'll never stop gossip.

However, you can influence what people gossip about and how they gossip.

You can have an impact on whether people talk positively or negatively about what it is like to work with you.

Think of four people in your team. Two who are high-performers and two who are lower-performers.

What is the story that each of these four people goes home and tells to their loved ones about their experience of their day?

Their experience of working with you?

What is it they are saying to other people in your organization about what it is like to be part of your team?

It's highly likely they are all telling different stories. 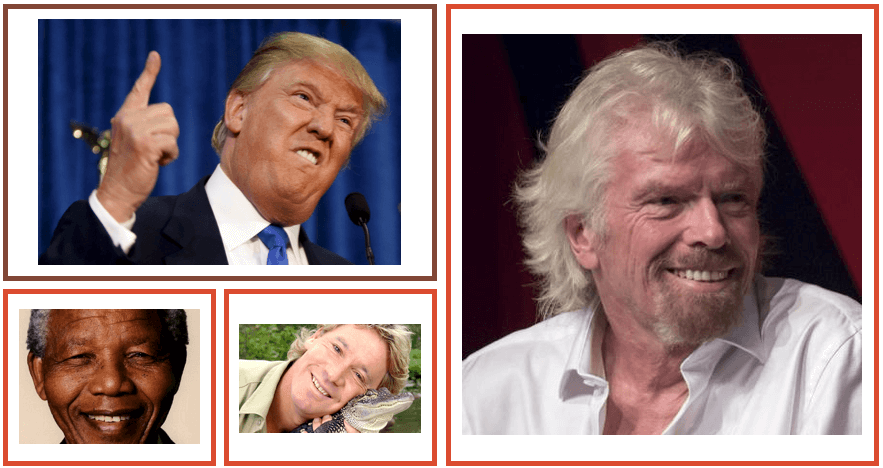 Who would you want to be led by?

What do you think it would be like to work with each of these four men on a daily basis?

The Only Person You Can Change is You!

If it is true that the only person you can change is you, then you have no control over what people are saying about you and your leadership, the experience of being in your team - right?

You CAN very much influence what people talk about when you aren’t around. Just by the way you lead them when you are around!

One of the greatest leaders I ever worked with, (a guy that I would walk over broken glass and hot coals for), was also the toughest leader I ever had.

He wouldn’t let me (or anyone else) under-live our potential.

He made sure that our targets were always a stretch and he expected us to live into that stretch. He inspired us to be better people than we had ever been.

And, here was the key to his and our success.

He had 5 standards that he lived and breathed.

When he shared his vision with us of what it would be like to work with him - he was very clear that he would be holding us to these standards if we wished to continue in his team.

Taking inspiration from him, here are the behaviors/standards that I lead with in our business.

Here are the Standards I Live by as a Leader:

If you were to have behaviors/standards like these, that you were living and role-modeling day in, day out, can you see how they might change the tone of gossip and consequently the culture of your team?

Are Your Standards Inviting Negative or Positive Gossip About You?

For example, imagine you've adopted as your standard: "When I walk away from a conversation, leave others feeling inspired". There is no way you could have that as your articulated standard and then stand around bitching and complaining. At least you couldn't if you wanted to have a shred of integrity!

Regrettably, that's what most people do. They could hold to a higher standard but don't. They play the low game, when they could be playing the high game.

Being a "Rockstar" Leader is challenging

Make no mistake. Being a high-performing "Rockstar" leader who lives, loves, and leads remarkably is challenging. If it were easy everyone would be doing it!

So my question to you is how do you want to be remembered?

As an inspiring leader?

Or one who falls prey to the same small game many others do?

If being a high-performance leader were easy, everyone would be doing it.

Set your standards, then practice them each day. The more you practice, the better you'll get.

The better you get, the more you'll live, love, and lead remarkably!

As tempting as it may be to have a vent session about something/someone that is frustrating you ... STOP IT! It doesn't serve you or them.

For example, let's say Mary (a peer of yours) comes to you complaining about something Jim (another peer) has done. If you are living your standard of "walk away leaving others feeling inspired), then the conversation would go something like this:

Are you telling me this so I can coach you in how to work through this problem with Jim? Or, would you prefer we go and find him to discuss it together?

Okay, you may not be that blunt. But you get the drift. You want to shift the conversation from gossip to useful.

You don't want to punish the other person. Nor do you want to let issues bubble and fester until they turn into volcanic proportions.

When You Don't Engage in Damaging Gossip, You Become Known as THE Person Who is Inspiring and Positive

Your tone of voice should be supportive and coaching. Your intent is to lead the person into being proactive about stuff that frustrates them.

If you can get this right you'll become known as a person who doesn't gossip about others (and you'll certainly free up a lot of time - as people stop coming to you to have a good old complain!)

Another response you could try, if the person says they 'just want to vent,' is something along the lines of "Hey, this doesn't serve you or Jim if we stand here venting. I'm happy to work with you to find some solutions that you could take to Jim to get this fixed. You'll feel much better if you can resolve this with him. I don't want to get caught up in a venting session. I've been working with a great coach (wink, wink!) and she's been teaching me that to be a great leader and to enjoy my life and work fully, I should make sure that I keep myself and the people around me in the best possible headspace. When we just vent we don't do that. So, I'd like to help you find solutions, if that's what you want".

Tone and intent are critical in how you say this. Be careful of coming across as judging or sanctimonious. That'll blow up in your face. Be humble and let the other person know that you're there for them, AND you're working on setting new standards for yourself.

If you don't dare to say something like the above, simply use as your standard refrain, something like, "Listen, can I catch up with you about this some other time. Right now I've got to go to (meeting, bathroom, important project)"

When You Live Your Standards and Expect the Same From the People Around You, You Change the Fabric of Your Team and the Organization

However, until you find the courage to speak your truth and have stickier conversations, you are never going to see your potential as a remarkable leader. 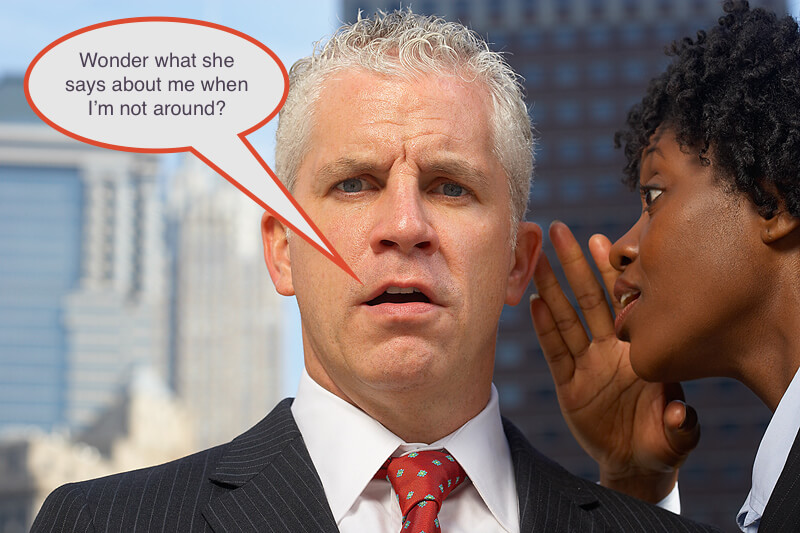 Not involving yourself in negative gossip will be one of the greatest acts of leadership you can do. Also one of the most unusual!

It is your job to develop healthy relationships
with your direct reports, your senior leadership, your colleagues

Become a Masterful Influencer of Gossip:

Start With the End in Mind

Here's where it gets interesting. You can use people's innate desire to gossip to your advantage. You can drive the quality of gossip ...

In any conversation - regardless of whether it is a simple one-on-one catch up, or a meeting to announce a significant restructuring of the organization, you can drive the quality of the next conversation they have with someone. Because rest assured, they are likely to discuss it with someone!

To drive the quality of gossip, the question you want to ask yourself is:

What do I want them to say when they go home tonight?

What do I want them to say to the next person they speak to after they leave this meeting?

Do that, and you'll get good at influencing the gossip in your workplace. You'll get good at finding the words, and tone that keeps people on the 'engaged and inspired' end of the spectrum, rather than the "I'm done and defeated!"

For example, say you're about to announce a major restructure. Your goal might be that when people go home that night, they might say, "Hey, there was an announcement of a major restructure. They were pretty upfront about what was coming (they didn't treat us like idiots).  They said we'd be heavily involved in how it works (we aren't victims). There will be some job losses, but the ones that are going get a lot of assistance to find alternative work (they care). I'm worried, but the way they explained it, even if my job does go I think we are going to be ok. (it's normal to be concerned, but I can keep focused on my job for the moment)"

As you and I both know, most people go home, after an announcement about a restructure, saying something like, "OMG, they announced a major restructuring today. The bas***ds will probably keep their jobs while we get dumped on. We'd better start saving just in case. I'll start looking for a new job."

Having a goal to send people into their next conversation with a feeling of quiet confidence, that they still have some control, means you'd structure your communication briefings and rollout the restructure in such a way as to get those sorts of responses. To get that sort of gossip happening.

No, you won't stop all the negative gossip (especially if it's around a restructure), but you'll certainly put a huge dent in it.

In summary, you can control gossip. Just show up as a leader who:

Do this, and you'll be steering the gossip in the direction of good gossip!