How Learned Helplessness Shows Up in the Workplace

Learned helplessness is often the cause of team apathy.

Discover how it happens and a

Discover how to Overcome Learned Helplessness

Have you ever worked in a team, that was stuck spending more time complaining, feeling frustrated, and discontent, than actually getting on and performing?

How do teams learn to be like this? What causes a team to stagnate, to be unable to grow, change or perform as a team?

Generally, it happens over time. Experience dictates people's thoughts and consequently their beliefs about what they can and can't do. When a group begins to believe that they only have a small locus of control over their destiny they start to behave that way.

If you hear people saying things like, "We've tried that before, and it didn't work" or "What's the point, we won't be allowed" you are hearing people who have what is known, in psychological terms, as 'learned helplessness'.

Elephants provide us with a great example of learned helplessness. When young they are tied to a large tree with heavy chains. Initially, the elephant tries to move away. After a while though, the elephant realizes it is futile. They can resist all they want, but they can't move away.

Once that happens, the trainer can remove the chains and put on only a slight rope. The elephant has learned 'why bother, I've tried it before, and it doesn't matter what I do, I can't get away.'

Learned Helplessness Takes on a Life of its Own

The challenge for you as a leader is that learned helplessness can take on a life of its own. The belief that 'we can't make a difference' becomes a self-fulfilling prophecy.

For example, say you have an idea to streamline your current process by implementing a system of people doing their own quality checks. When you introduce the concept to the team, someone might say, "We tried that once before, and it didn't work. Too many mistakes went through to the customers".

Another team member hearing that might say, "Yes, I remember it was a disaster and management said, "never again."

And another might chime in with, "Yeah and guess who will get the blame if, we did it, and something went wrong."

Listening in on this exchange might be a new team member. Even though this wasn't his/her personal experience, listening in on the conversation s/he might decide then and there, "Well there's certainly no point in giving it any thought or attention."

Before you know it, the idea has died in the water, without ever really having a chance.

When people become victims and move below the line, you must not let them get away with it.

A workplace where people are exhibiting the symptoms of learned helplessness is depressing. People have given up trying and become passive, submissive and expect less from their jobs.

1. Realize it is Happening

Look out for statements such as "We can't do it, we tried before, and it doesn't work."

The underlying messages of these types of statement are: 'We aren't in control of our own destiny.' 'We don't believe in our ability to make 'stuff' happen.'

Without being aggressive or blaming, call it when you see it. You don't want people becoming defensive so choose your words carefully.

Affirm their past experiences, but paint a bright future and describe some positive consequences of taking action, of giving it a go.

For example, "I understand your frustration from the past, and realize that it might be challenging to think that this time it will work. However, if we work together to make this happen, then it could save us a lot of time. That means it will free some of you up, to work on other projects."

Letting faulty beliefs go unchallenged is a real danger. Call people on it. Throw down the gauntlet to them to think of ways to overcome the problem.

In the scenario above, it might be that the leader needs to challenge the old beliefs that the team are hanging to. Maybe there are new ways of doing quality checks, which weren't available previously. Perhaps, there are no longer budgetary constraints in place, that might have caused it to fail before. Maybe .... you get the idea.

3. Focus Them On Solutions

Get them talking about why it might work, invite them to learn from past experiences, so they don't make the same mistakes this time through.

Get them to throw in ideas for how they might make the change work successfully. Your focus is on asking questions that cause them to think and become engaged.

Do not make the mistake of being 'the person with the ideas.' When you do this, all you are doing is reinforcing that they aren't capable.

Inspire them to continue through any challenges or hardships that come their way by continually painting a bright future. Anytime you hear people complaining and trying to go back down the spiral to helplessness, remind them of where you are heading. Become a master story-teller. Stories engage and ignite people. Find the words that spark vivid images in people's minds of where they are heading. 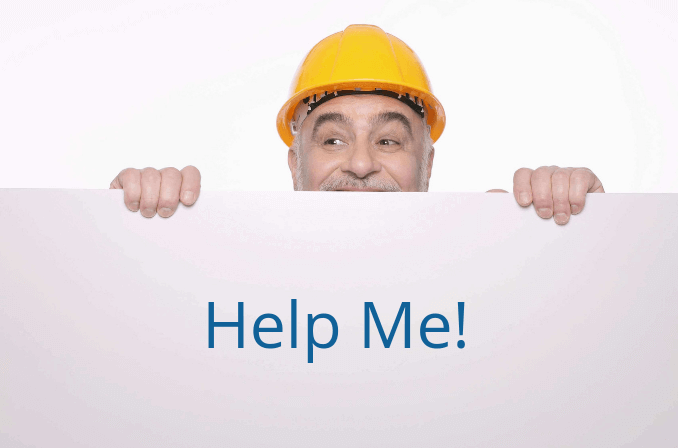 The Leader Does Make the Difference

A leader can have so much influence over whether his/her team is vital, alive and kicking goals, or being apathetic.

In the town I live in, there are two supermarkets run by the same company. There is a significant difference in the feel of each of these two stores.

In the first, the team seems to be engaged, wanting to help and having a good time.

In the second, the feeling you get is that the team members would rather be anywhere but there. They are all clock watching and waiting for the chance to get out the door.

Leader One is doing something right.

Both of these leaders are operating in the same system. With the same constraints. With the same type of employees. Yet, from a customer perspective, they are producing amazingly different results.

I would love to see their bottom-line figures, I'd imagine Leader One's store will be far out-performing that of Leader Two.

What can are you willing to do to shift your team members from a Learned Helplessness mindset? Check out some of the suggested articles below.