Do your people forgive and forget your little moments of fiery explosion?

Sign up for the 30-day Challenge - Feeling Fiery, Thinking Cool 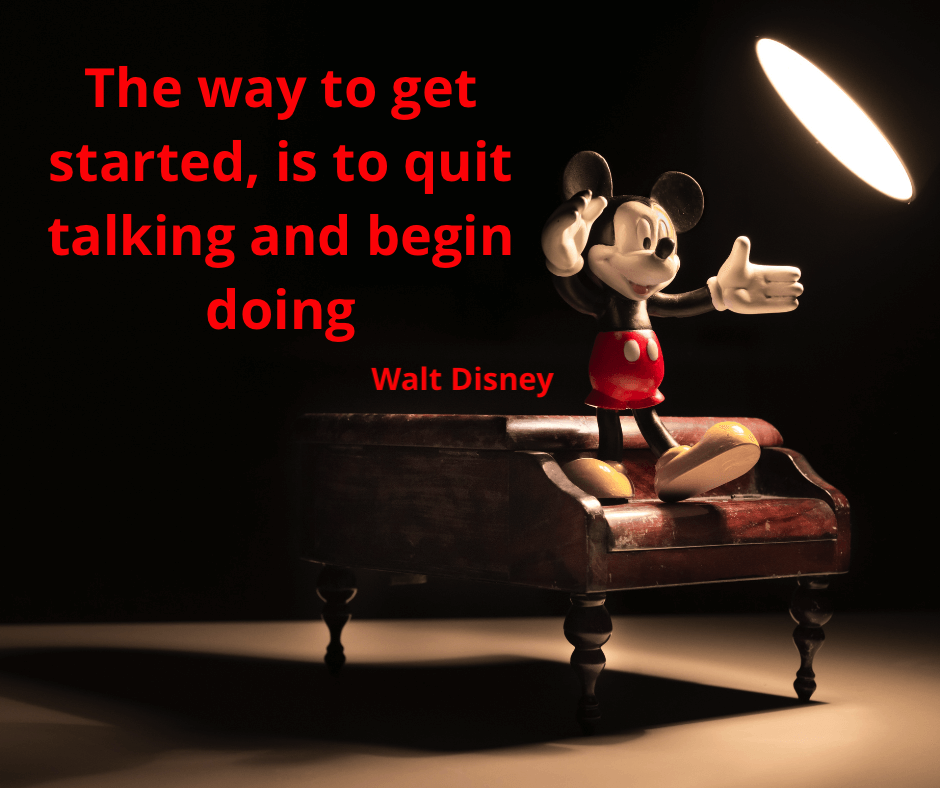 The way to get started, is to quit talking and begin doing

Walt Disney built an empire that touches hearts in every corner of the world.

However, he almost put the brakes on this success because of his demanding, controlling, hot-headed, and stubborn nature.

His inability, to think and act calmly, rationally, and collaboratively, when he was under pressure almost caused the permanent closure of Disney productions.

In 1941 his animators went on strike for close to 9 weeks.

And throughout that time his volatile statements to the striking workers constantly threw gasoline on the fire.

It forever tore at the social fabric of Disney studio. And this situation had negative ramifications for the Disney team for many decades.

Walt's mercurial personality was difficult to work with

At times Walt would be sweet, loving and generous to a fault. And he was also known as being quick to anger, dictatorial and a picky perfectionist. By his own admission he was a control freak. When he was in a bad mood people knew to stay clear.

By many reports those very behaviors have been very costly to the Disney Corporation, with multiple lawsuits, and industrial action.

The big idea here is many people think that their limiting behaviors aren't putting the brakes on their personal success, their career and the prosperity of their business. Nothing, could be further from the truth.

Walt himself said: "Cinderella believed in dreams, all right, but she also believed in doing something about them. When Prince Charming didn't come along, she went over to the palace and got him."

Pixie Dust will not get rid of limiting behaviors

If you want to be a Rockstar leader you can't sit around hoping that someone will sprinkle pixie dust over you and your poor behaviors will magically disappear. You must do something about it.

To be a Rockstar Leader you must quit hoping to be able to stay cool, calm, level-headed and effective when under pressure.

Now is the time to start getting and applying the skills that enable you to be a masterful influencer and leader.

Anytime you blow up in anger, withdraw or stonewall, become defensive or critical - you put the brakes on being a peak performer.

Success in life doesn't happen because you think about it. It means taking action and constantly improving your capability to be a masterful influencer and leader

Success in life doesn't happen because you think about it. It means taking action and constantly improving your capability to be a masterful influencer and leader.

Imagine being exceptional at performing under pressure.

Imagine being able to think and act with clarity and confidence no matter the situation.

Being great at controlling your emotions will change your life faster than any other skill (and yes a leopard can change it's spots!)

Look forward to seeing you on the other side

Sign up for the 30-day Challenge - Feeling Fiery, Thinking Cool