Are you a high-expectations leader, who gets frustrated by people around you turning up but not switching on?

Do You Have a Job, a Career, or a Calling?

Passionate people always lead and inspire others who are just going through the motions. You may need to re-think how you approach your workllife

Are you dragging yourself out of bed or jumping out of your skin with delight because it's a work day?

If you're dragging yourself out of bed,

you've likely got yourself a career or a job!

If you're jumping out of your skin ... lucky you - 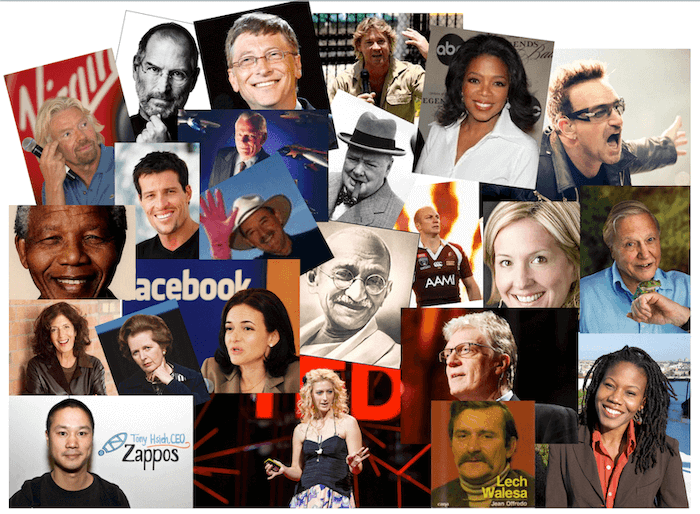 Probably, when you applied for your job, you may have been asked a question like: "Why do you want this job?" Your response was probably not along the lines of "I want to get rich and buy lots of nice things." You were probably a whole lot smarter than that!

You probably gave a whole bunch of reasons about why you wanted the job. Reasons you thought your soon-to-be employer wanted to hear.

But were you being true? True to yourself and your employer? For many people, their job is, probably not much more than, simply a way of paying the bills.

Sure, initially you may have felt excitement at starting something new. Unfortunately though, for many it becomes, "What was I thinking? I don't want to do this for the rest of my life!"

If that is you, take some time now to read the rest of this article, and then take ﻿﻿this﻿﻿ self-assessment to decide if you are in a Job, A Career or if you have found Your Calling

The Three Levels of Work

Basically, there are three levels at which people view their daily occupation.

Signs Your are in a 'Job'

They are more likely focused on getting to the end result, than being involved in and engaged with the process. They often take shortcuts to get things over and done with, so they can get out of their workplace fast.

Have you heard that joke about "the most dangerous place to stand at 5pm, is the exit door in a government building?" .... These are people who view themselves as being in a job

Signs Your are in a 'Career'

A person with a 'career' may find some enjoyment in the work that they do, but their prime focus is on pursuing advancement and growing their own personal talent.

They often spend a lot of time worrying and fussing over what others think about them. They are afraid that their career might be squeezed, if they don't perform.

These are the people who put in more than the regular 9-5, but at the end of their life may feel they are leaving with their music still inside them. They may have the external trappings of success, yet feel that life is hollow and they missed out on 'something'.

When a person works in their 'calling' they find what they are doing fulfilling and meaningful, regardless of the income, prestige, or power.

This may be because they are committed to something bigger than themselves. Maybe they are being of service to the greater good in some form.

Or, maybe it is because they are using their strengths on a regular basis.

Or, it could even be that they are working for an organization that really engages and inspires them. Generally a combination of all of these is where magic happens

These people want to master whatever it is they are doing and the joy they find in the work they do gives them a real sense that they are being paid simply for being who they are.

Get Insights to Success

Discover what's holding you back and how to transform your life

There are many examples of people who have taken, what many would consider, the most mundane of jobs and turned them into something they are passionate about.

In his book, Authentic Happiness, Martin Seligman tells the story of being in a hospital at the bedside of a friend in a coma.

The Ward Orderly was busy moving paintings and prints around in the room, moving them from one spot to another until they looked just so. When Marty asked what he was doing the Orderly replied:

"My job. I'm an orderly here, but you see I'm part of the team responsible for the health of these patients. Even though Mr Miller hasn't been conscious since he arrived, when he does wake up I want to make sure he sees beautiful things right away".

The orderly had shifted his job into a higher calling. He had shifted it to something more than just a person who was on the end of a broom. He was making a real difference in the work that he did.

The point is, you need to get to the bottom of that question: "Why do you want this job?" because if you are just in it for the money, power or prestige you're probably not going to end up feeling particularly successful.

In the My Career, My Choice program we make sure that you get the  mindset, the tools and the strategies to be able to design both the current role you are in and any future roles, so that you live, love and lead remarkably. You'll absolutely, hand-over-heart, be able to say "I want this job because ....."  And, you'll be well on the path to getting your team job.  I've coached hundreds of people to be able to do this, so it isn't 'pie in the sky' stuff!

Don't short change yourself, your employer and your loved ones. If you really are just in a job, then maybe it is time for a change.

Why not start planning how you can involve more of that which you love to do into your daily work? It is probably a whole lot easer than you think.  Take a look at my story ....

Be Courageous ... Design The Job You Want

While I was working at Colgate-Palmolive as People & Culture Leader (and yes I had that title back in the 90s ... we were so way ahead in terms of high-performance thinking) I had a job that I mostly loved, but there were plenty of things that I didn't like to do and found it a drag to have to perform.

I made a decision that I was going to create a job that worked mostly to my strengths and passions. Over a period of around 18 months, I was able to get rid of all the work that I wasn't particularly good at - even though it was part of my job description and had to be done. I did this through a number of avenues, but the prime way being by delegating and developing my team and hooking into their passions and desires.

By focusing on what I wanted, and then taking inspired action, I really did create a role that enabled me to shine, delivered great results for the business and enabled my people to shine.