Autocratic leadership has a time and place (as do all leadership styles), but mostly it causes under-performance

How did we end up with autocratic leadership in organizations?

Traditionally, most organizations were/are run by men. As we are all very aware men and women are designed differently. Mens' basic design is for reproduction and survival ... in other words sex and killing - a primal instinct that is steeped in the need for power and control. Unfortunately, today, in many organization's females feel they need to mimic their male counterparts to succeed!

In most societies, it is no longer acceptable for men to rape and plunder. So, how does this primal instinct manifest itself in today's society? It manifests through the Autocratic Leadership model that we see in 97% of organizations around the world.

Generally, they are organizations run by leaders who have spent little time in self-examination. When that happens, you get behaviors like competition, control, and dominance.

Would you want Donald Trump as your boss?

The Autocratic Leadership Style - telling people what to do, when to do it. Running the organization with an iron fist - ala 'The Apprentice' - enables the people in charge to meet their instinctive needs. The need for control and dominance, even though they may not recognize or admit to it. 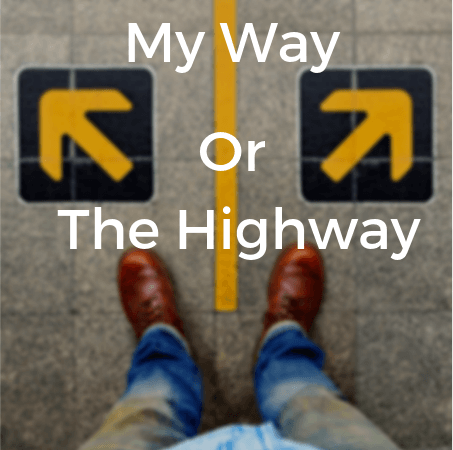 Look to any of the great High Performance Organizations (Southwest Airlines, Virgin, General Electric, Saturn Car Company, Johnsonville Foods, Colgate-Palmolive, The Body Shop) and you will see that their leaders are men and women who have been able to move away from the Command and Control model. Who have successfully removed their egos and their need for Power and Control from the business.

People like Richard Branson and Herb Kelleher, are more concerned about creating a winning team. Creating a happy, cohesive, successful team than about being "Right and in Control". These hugely successful businessmen and women are focused on results and are more likely to use inclusive leadership styles.

Moving away from an autocratic leadership style is not about getting all mushy and soft. In fact, you will be demanding higher standards of excellence from yourself and those around you than you ever have. It is about doing it in a way that enables people to be nothing but their best.

Below is a quote from Herb Kelleher the Chairman, President, and CEO of Southwestern Airlines. Fortune magazine named him "Perhaps the best CEO in America."

"A financial analyst once asked me if I was afraid of losing control of our organization. I told him I've never had control and I never wanted it.

If you create an environment where the people truly participate, you don't need control. They know what needs to be done, and they do it. And the more that people will devote themselves to your cause on a voluntary basis, a willing basis, the fewer hierarchs and control mechanisms you need.

We're not looking for blind obedience. We're looking for people who on their own initiative want to be doing what they're doing because they consider it to be a worthy objective. I have always believed that the best leader is the best server. And if you're a servant, by definition you're not controlling.

In an organization like ours, you're also likely to be a step behind the employees. The fact that I cannot possibly know everything that goes on in our operation -- and don't pretend to -- is a source of competitive advantage. The freedom, informality, and interplay that people enjoy allows them to act in the best interests of the company.

For instance, when our competitors began demanding tens of millions of dollars a year for us to use their travel agents' reservations systems, I said, forget it; we'll develop an electronic, ticketless system so travel agents won't have to hand-write Southwest tickets -- and we won't be held hostage to our competitors' distribution systems. It turned out that people from several departments had already gotten together, anticipated such a contingency, and begun work on a system, unbeknownst to me or the rest of our officers.

That kind of initiative is possible only when people know that our company's success rests with them, not with me."

Your challenge is to decide if the traditional Autocratic Leadership Style is serving you and your organization well.

Are you genuinely optimistic and excited when you awaken to a work day? Or, do you feel the dread of another day of battle?

The choice is yours.

Stick with the Autocratic Leadership Style or try a different leadership style. 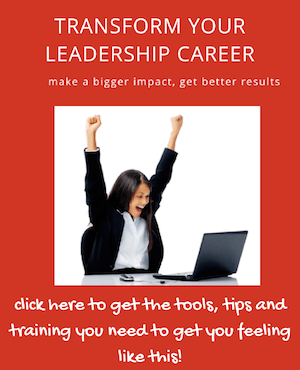